The Cape Cod Canal Area Transportation Improvement Program will include the replacement of the Bourne and Sagamore bridges, as well as improvements to the approach roadway networks to address the multimodal deficiencies within the Cape Cod Canal area.

To sign up to receive program updates please visit: tiny.cc/CapeCodProgramSub.

For more information on the program please visit the MassDOT program website: https://www.mass.gov/cape-bridges.

MassDOT has scheduled public meetings on January 24, 2023 and January 26, 2023 to provide the public with updates on the proposed Cape Cod Bridges Program. The two live, identical virtual public information meetings will be hosted on Zoom and will begin at 6:00pm. MassDOT will present on the status of the Program, bridge types, proposed bridge lane configurations, potential bridge locations, and next steps. There will be an opportunity for public comments and questions following the formal presentation. Public input will be reviewed and considered to the maximum extent possible. Click on the links below to learn more about the meetings:

MassDOT held meetings on November 15, 2022 and November 17, 2022 to provide the public with updates on the proposed Cape Cod Bridges Program. The Program team presented updates on status of the program bridge types under consideration and next steps. Click on the links below to learn more about the meetings:

Access and respond to the polling questions asked at the Round 3 Public Meetings.

MassDOT held meetings on November 16, 2021 and November 18, 2021 to discuss the draft purpose and need, draft measures of effectiveness, and draft analyses.

Memorandum of Understanding Regarding Bourne and Sagamore Bridges - MassDOT/U.S. Army Corps of Engineers

The MOU will guide the partnership between the state and federal agencies in the replacement of the two Cape Cod Canal Bridges, which are owned and maintained by the United States Army Corps of Engineers. USACE will continue to be responsible for ownership, operation and maintenance of the existing bridges until replacement bridges are built and operational. MassDOT and USACE will work together to plan, permit, fund, construct, demolish and transfer ownership of two new Cape Cod Canal Bridges built to current Federal Highway and MassDOT standards.

The purpose of this conceptual planning study is to identify existing and future multimodal transportation deficiencies and needs around the Cape Cod Canal area.

The study entails developing and analyzing a range of transportation alternatives in Bourne and Sandwich. These include highway, interchange, and non-highway improvements, as well as options and design elements that improve access and safety for all modes. Additionally, this study includes significant coordination with the US Army Corps of Engineers on its study of the Bourne and Sagamore Bridges, which are under its stewardship and jurisdiction.

The U.S. Army Corps of Engineers, New England District has conducted a multiyear Major Rehabilitation Evaluation (MRE) Study of the Bourne and Sagamore Highway Bridges. The bridges span the Cape Cod Canal in Bourne, Massachusetts. The purpose of the study was to determine whether major rehabilitation or replacement of either or both bridges would provide the most reliable, fiscally responsible solution for the future. The study resulted in a Major Rehabilitation Evaluation Report (MRER), evaluating the risk and reliability of the structures as well as the economic impacts/benefits of a number of alternatives, including continuation of routine maintenance, major rehabilitation, or bridge replacement.

A decision was made by the U.S. Army Corps of Engineers and the Assistant Secretary of the Army for Civil Works on April 3, 2020 to replace the current Bourne and Sagamore Bridges with two new bridges built to modern-day standards. This solution provides the federal government with the best long-term investment for safe access to Cape Cod for the traveling public over the next 50 plus years.

The U.S. Army Corps of Engineers will continue to work with its strategic partners and stakeholders including the Massachusetts Department of Transportation (MassDOT), the Federal Highway Administration (FHWA), members of Congress and the public to plan the next phase of the project. We look forward to working together to deliver modern, reliable bridges for the residents and visitors of Cape Cod.

Additional information is available at: https://capecodcanalbridgesstudy.com/ 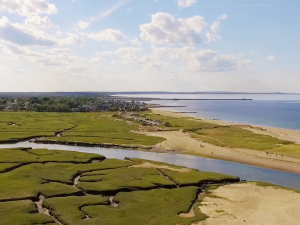 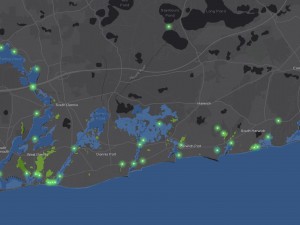 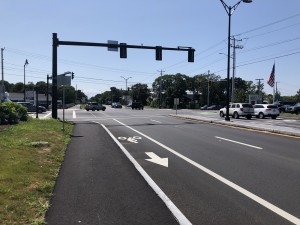