Cape Cod is a sand and gravel remnant of the last time glaciers retreated from the North American continent, approximately 15,000 to 20,000 years ago. As shown below, the Cape is a series of broad, gently sloping outwash plains, consisting of sand and gravel deposited by streams of glacial meltwater that are truncated by long linear moraine deposits found along the present day Route 6/MidCape Highway and Route 28/MacArthur Boulevard. The glacial deposits can range from 200 to over 600 feet thick from Buzzards Bay to Provincetown, and are generally coarse to medium sand but grade to finer materials at depth.

The Cape Cod Aquifer provides 100% of the Cape’s drinking water, and for this reason has been designated a Sole Source Aquifer under the Safe Drinking Water Act by the Environmental Protection Agency.  The highly permeable aquifer deposits make the Cape Cod Aquifer one of the most productive groundwater systems in New England, but also mean water supplies are susceptible to contamination from development and land uses within their watersheds.

In certain inland areas, groundwater has great distances to travel before it reaches the shore. Over time precipitation in these areas has led to an accumulation of recharge which appears as a mound of higher elevation groundwater.  These mounds of groundwater are relatively thin and convex and therefore are referred to as "lenses" of groundwater. Six separate lenses comprise the Cape Cod aquifer system as shown below. 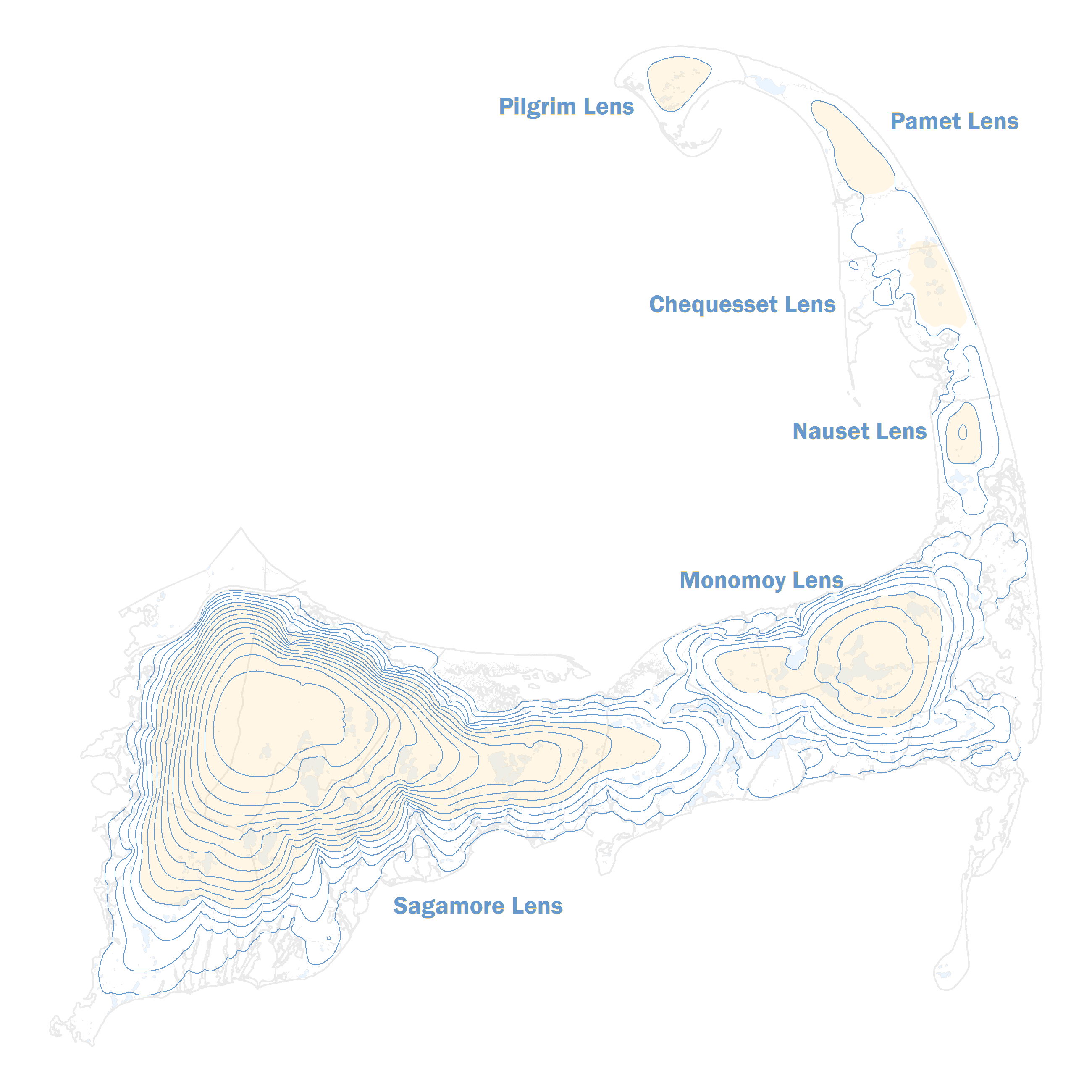 The Cape Cod Aquifer is recharged solely by precipitation, with approximately 60% of rainfall and snowmelt contributing to recharge annually (27 inches per year).  Currently around 10% of that recharge volume is pumped to supply drinking water, but an increasing year round population, decreasing land area suitable for water supply development, and the need to balance groundwater withdrawals with local effects on the aquifer’s saltwater boundaries and surface water resources will require careful planning for future water supply development.