The Cape Cod Commission is charged with recommending the designation of Districts of Critical Planning Concern, or DCPCs. A DCPC is a powerful planning tool that allows a town or a group of towns to impose a moratorium — a "time out" — on certain types of development or activities in a specified area to plan for and adopt special rules and regulations that will protect natural, coastal, scientific, cultural, architectural, archaeological, historic, economic, or recreational resources or values of regional, statewide, or national significance.

Once nominated, a moratorium on certain development or types of activities may go into effect in the specified area. If accepted for consideration, the proposal undergoes an extensive public hearing process conducted by the Cape Cod Commission.

Upon consideration of the nomination materials and all public testimony, the Cape Cod Commission then decides whether to recommend a nominated district for DCPC designation by the Assembly of Delegates and the County Commissioners. If a district is ultimately approved by these bodies, the rules — known as "implementing regulations" — that the nominating communities create to promote the purposes for which the DCPC was designated then govern development in the designated DCPC area.

To date, Barnstable County has designated 12 Districts of Critical Planning Concern that were nominated by their respective towns, the County Commissioners, or the Cape Cod Commission. 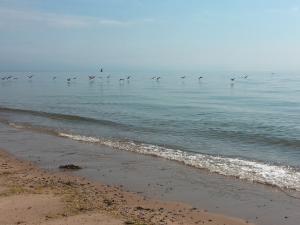