Herring River Restoration Project- Phase 1
Town of Wellfleet
The purpose of the project is to restore habitat in and re-establish tidal flow to the 1,100 ac. +/- Herring River estuary and floodplain system.  The project received its final MEPA certificate on 7/15/16, which effectively referred the project to the Cape Cod Commission as a DRI.  To date no DRI  application has been filed with the Commission. The DRI public hearing period on the project was opened procedurally on 08/29/16; the period has since been extended four times and the current extension runs through April 2020. At its meeting on March 7, 2019, the Committee on Planning and Regulation approved by decision the Town of Wellfleet’s application to scope various Regional Policy Plan issues for eventual DRI review of Phase 1 of the Herring River Restoration Project.

Vineyard Wind Connector
Barnstable
In January 2018, the Commission reviewed and commented on a MEPA Environmental Notification Form (ENF) submitted by Vineyard Wind, LLC for a proposed 800-megawatt offshore wind project in federal waters, with a portion of the offshore export cables, all of the onshore underground cables, and a proposed onshore substation within Massachusetts boundaries.  On February 9, 2018 the Secretary of EOEEA issued a Certificate on the ENF requiring the preparation of a mandatory Environmental Impact Report (EIR) for the project.  The project proponent submitted a Draft EIR (DEIR) to the MEPA office in April 2018.  A Certificate on the DEIR was issued by the Secretary of EOEEA in June 2018 requiring the preparation of a Supplemental DEIR (SDEIR), which the Applicant submitted in September 2018.  The Commission commented on the SDEIR, and the Secretary issued a Certificate on the SDEIR in October 2018 determining that the proponent could proceed with a Final EIR.  The applicant submitted the Final EIR in December 2018; the Commission commented on the Final EIR and the Secretary issued a Certificate on the Final EIR in February 2019 determining that the project adequately and properly complies with MEPA. The project also requires Commission DRI review and approval. The applicant submitted a DRI application in February 2019. The DRI public hearing period opened March 18, 2019. The Commission held a substantive public hearing by Commission staff hearing officer on the project on April 9, 2019.  The hearing was continued to the Cape Cod Commission’s meeting of May 2, 2019.  At its hearing on May 2, 2019, the Cape Cod Commission granted DRI approval for the project, sub

Canal Street Crossing
Sagamore Beach, Bourne
The Commission has received a DRI referral and application for a mixed-use development to include 15 age-restricted residential units, a continued-care retirement facility (approximately 89,000 SF), and a medical office building (approximately 39,000 SF). The application is currently under review by Commission staff.  A Commission subcommittee held a public hearing on the project in the town of Bourne on May 15, 2019.   The subcommittee continued the hearing to July 2, 2019 at Cape Cod Commission offices, and directed staff to prepare a draft DRI decision on the project for its further review.

Buzzards Bay Growth Incentive Zone
Buzzards Bay, Bourne
The Commission has received a request from the Bourne Board of Selectmen for a minor modification to the Buzzards Bay Growth Incentive Zone decision. Under the modification, the Town would adopt amended provisions to the GIZ Regulations adopted by the Commission in summer 2018, for example, to the allowable duration of a GIZ. The Committee on Planning and Regulation considered and approved the request at its meeting on May 2, 2019.

LaFrance Hospitality
763 Main Street and 24 Scranton Avenue, Falmouth
The Commission received a mandatory DRI referral from the Falmouth Planning Board on March 29, 2019 for a proposed 79-room hotel and 36-seat restaurant on the corner of Main Street and Scranton Avenue in Falmouth.  The proposed 2.5-story building, located in the Business Redevelopment and B2 Zoning Districts, would total 64,379 ft2 (gross).  The project proponent, LaFrance Hospitality Corporation, has not yet submitted a DRI application to the Commission, but the DRI hearing period was opened for procedural purposes on May 24, 2019.

180 Cotuit Road Solar Project, Sandwich
The Commission received a mandatory DRI referral from the Sandwich Building Commissioner on May 15, 2019 for a large-scale, ground-mounted on an approximately 18 acre undeveloped parcel.  No DRI application has been submitted and no substantive DRI hearing has yet been scheduled for the project.

True Storage Redevelopment
170 Clay Pond Road, Bourne, MA
A Commission subcommittee will hold a public hearing on the project Wednesday, June 19, 2019, which project was referred to the Cape Cod Commission as a mandatory Development of Regional Impact i.  Project Applicant Clay Pond Acquisitions, LLC has an option to purchase the property and proposes redevelopment of the Site for a self-storage facility, including: renovation of a portion of an existing commercial building (a former grocery store reviewed and approved as a DRI in 1991)n addition to said existing commercial building, construction of new commercial structures for self-storage use, and associated Site improvements 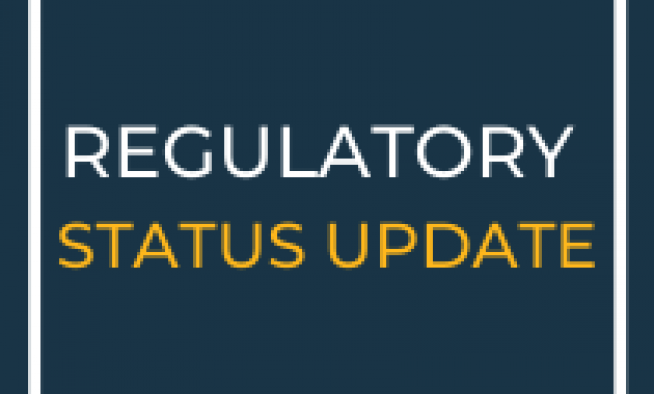